adventure is out there!

stacey and jeff’s world tour 2010 made a stop in santa monica and we were beyond stoked to get front row seats! well actually, we just started their engagement session at the santa monica pier. the world tour will start after they get married later this year. they’ve already seen some amazing places together, but their love of food and travel will eventually take them to every corner of the globe. you can’t help but to get excited just talking with stacey and jeff. they are an amazing couple with tons of cool stories to tell. they remind me of a young carl and ellie. (i love that movie.) we had a lot of fun adding a few more pages to their adventure book as we strolled around the santa monica pier and the lacma (los angeles county museum of art). alright, enough of the jibba jabba. let’s kick this session off.

these two are adorable! i just want to put em in my pocket. 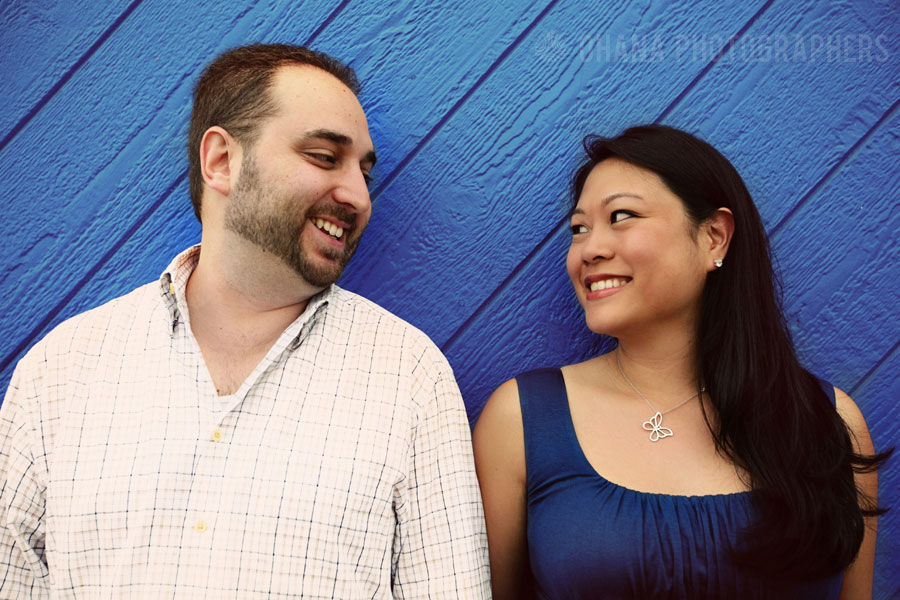 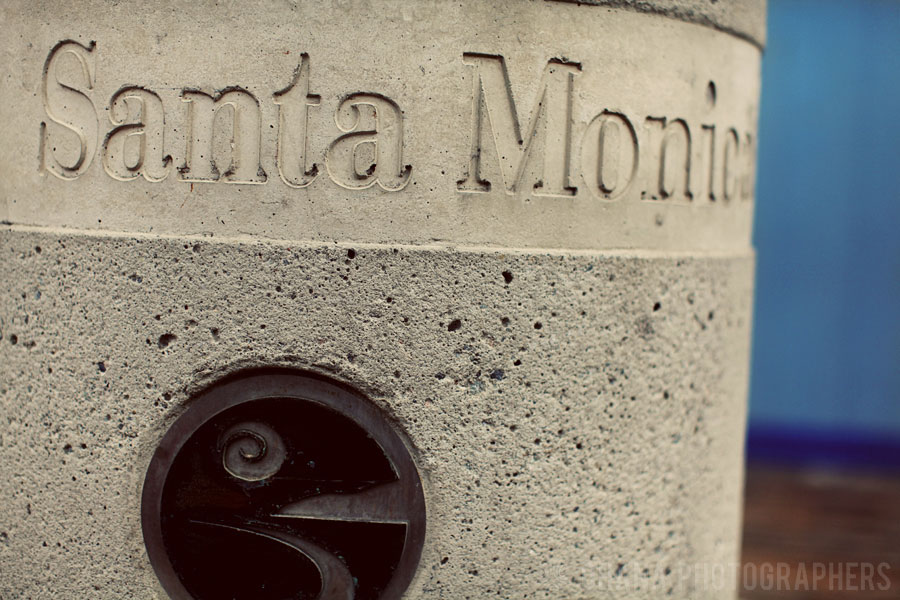 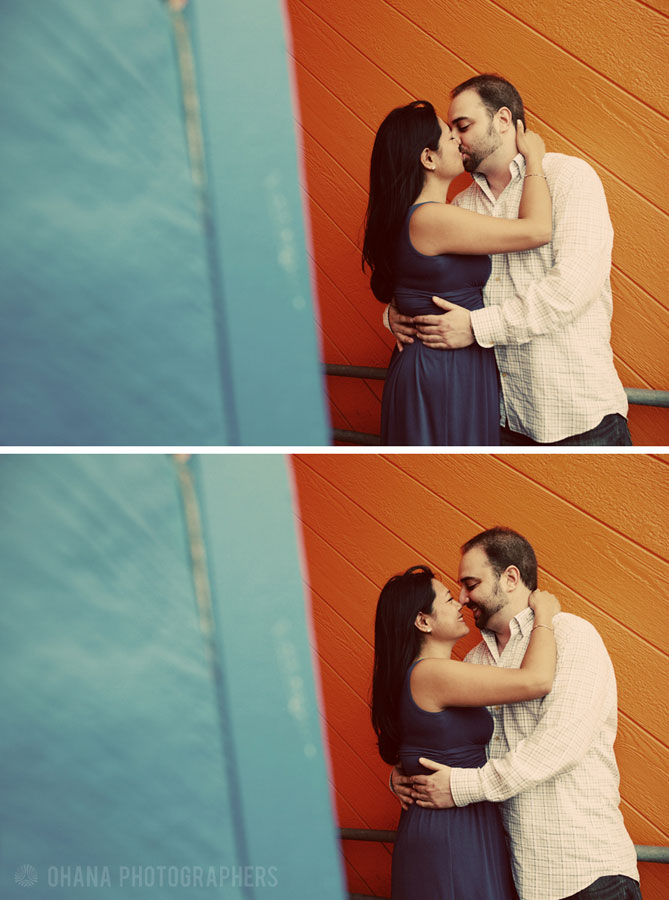 i want to play fun win! 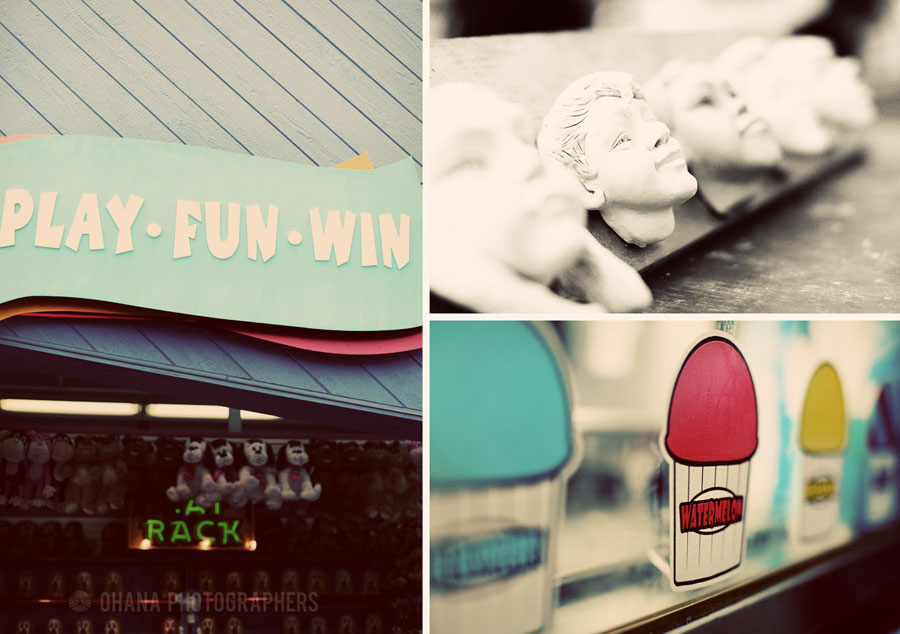 awe and then some. you decide who’s who. 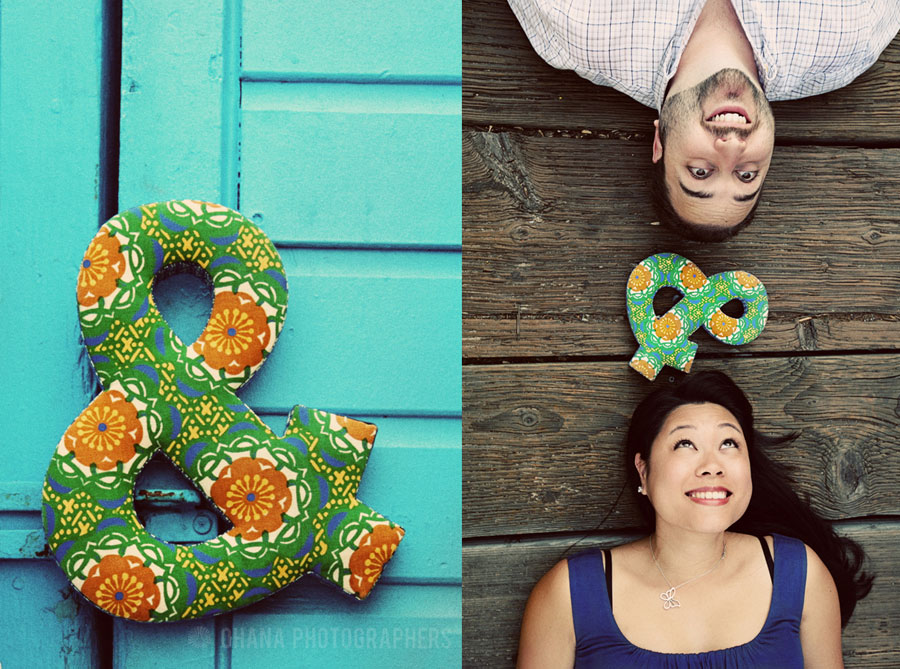 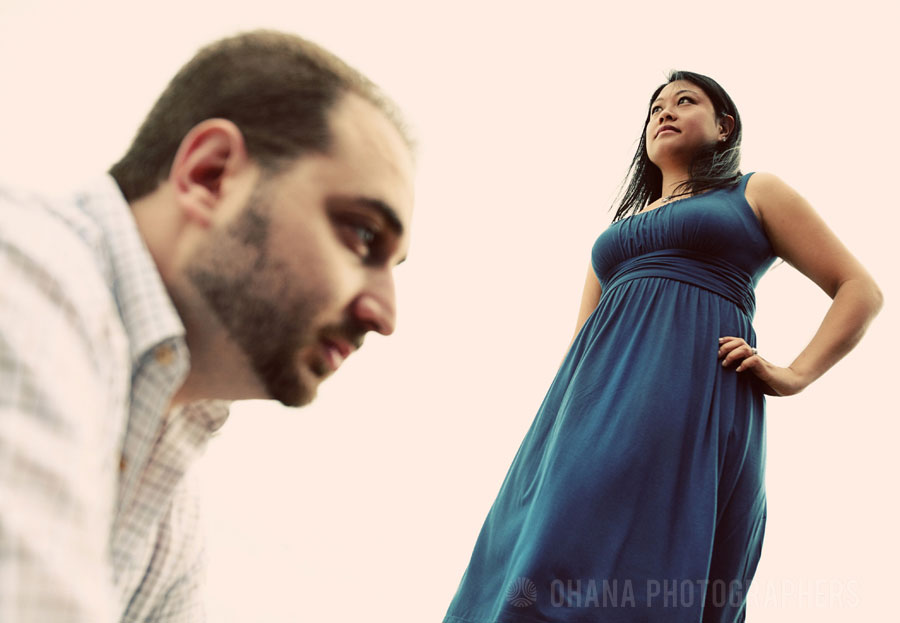 how awesome is it to be a kid? their whole life is a yellow submarine ride. i love this beautiful little girl’s smile. kim caught her while i was taking a shot of stacey and jeff. 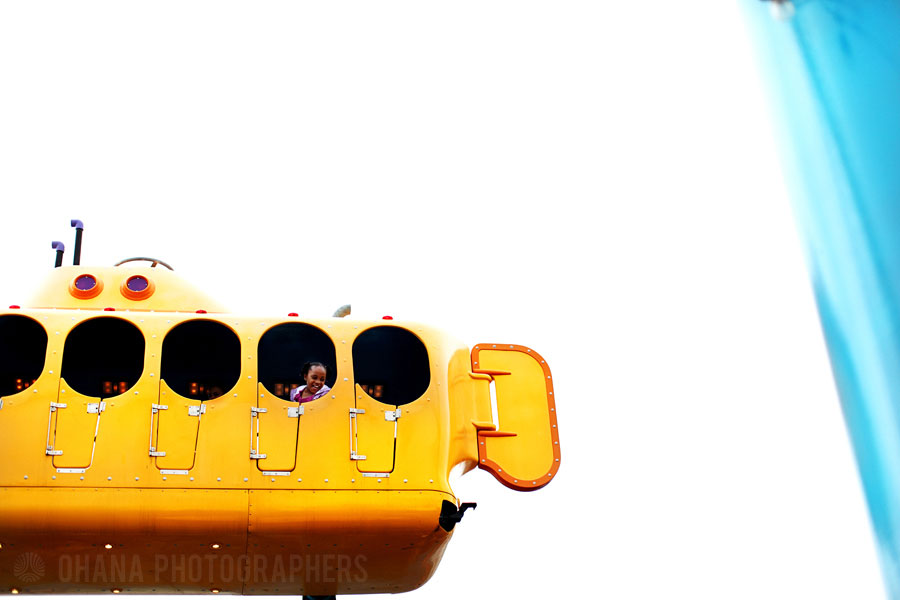 snakes. why did it have to be snakes? 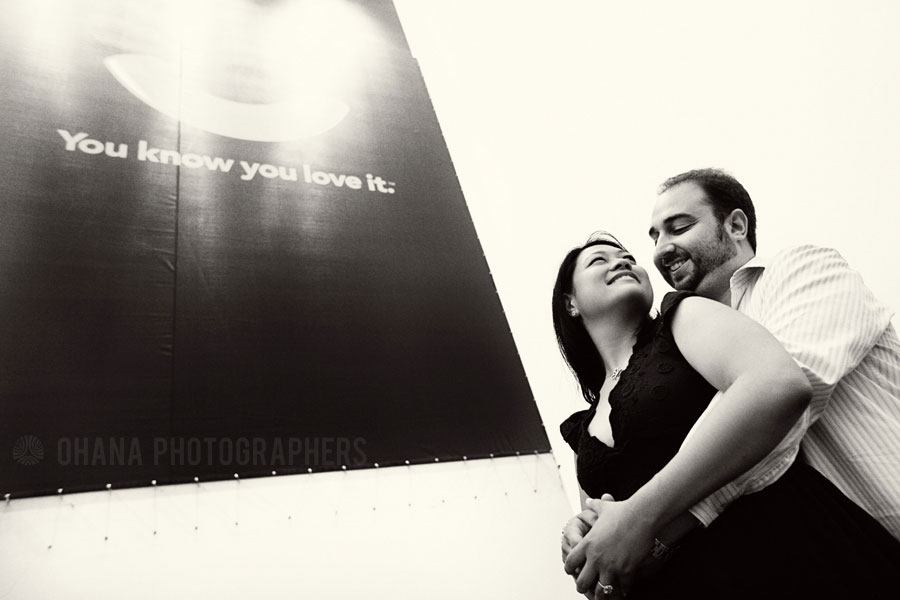 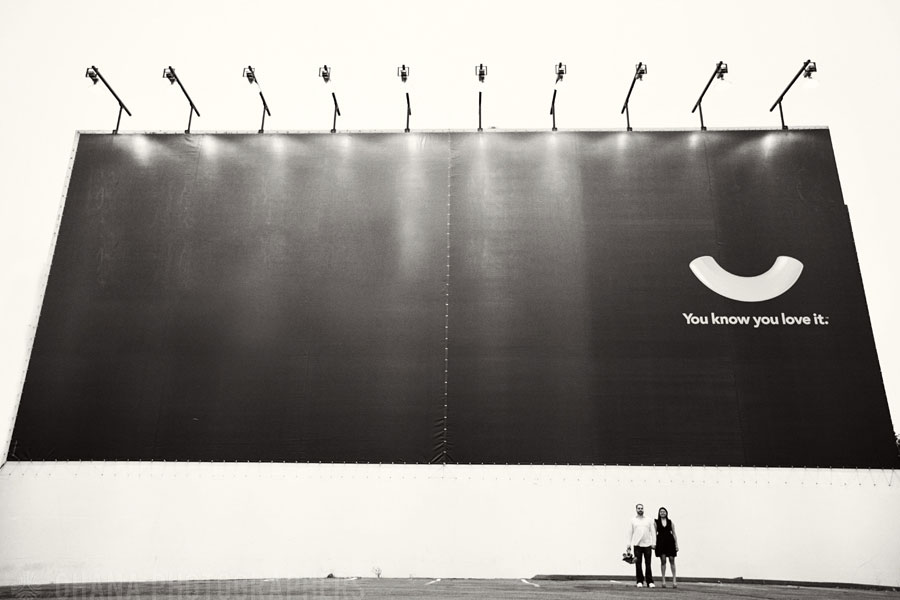 i love this shot that kim took of stacey and jeff having a laugh after jeff with 3 rounds with the chuck liddell of balloons.

we apologize. the full fierceness of stacey and jeff could not be fit into this frame. 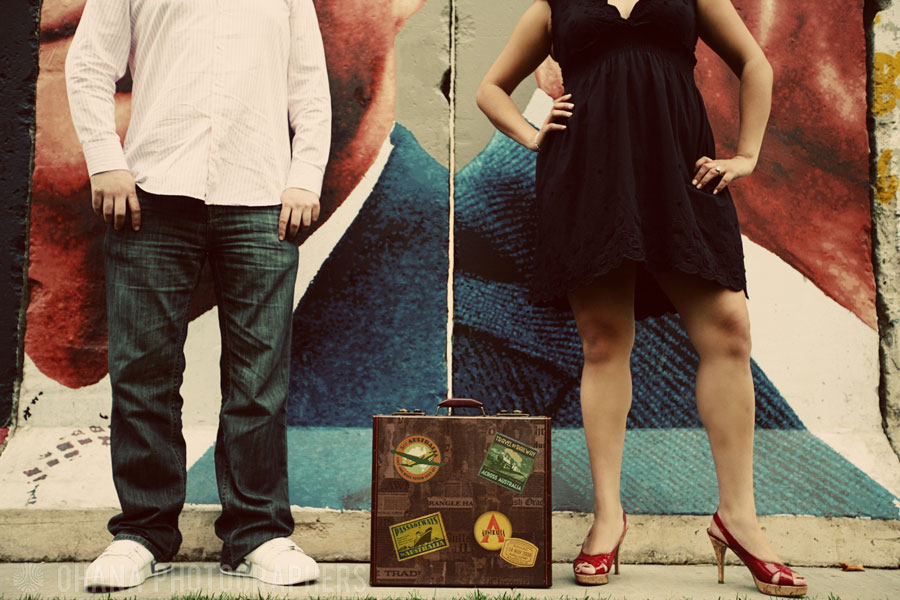 jfk and reagan agree, the berlin wall is definitely better served as a backdrop for stacey and jeff’s kissy shot than what it was originally constructed for. 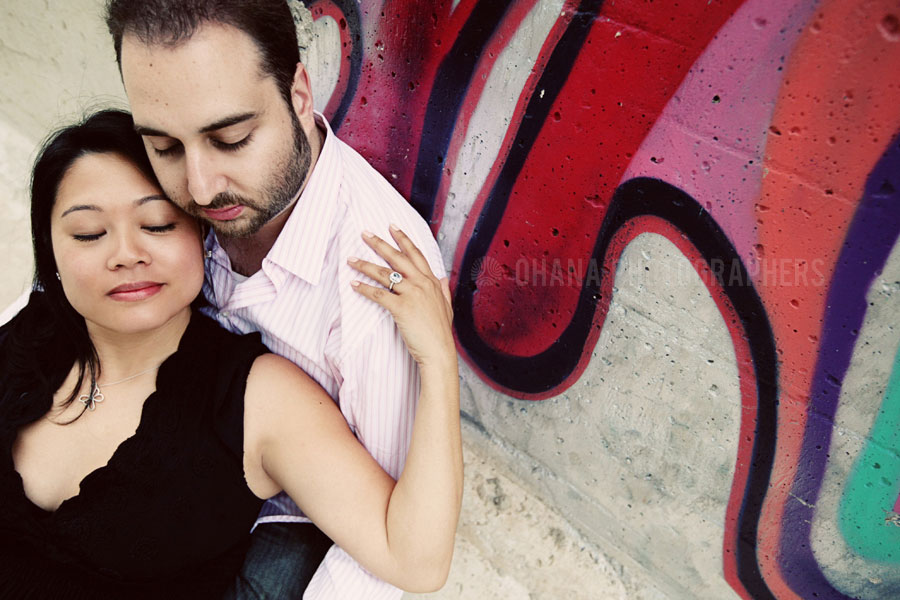 april’s the animator. i just take photos. this is as close as i could get to a tex avery cartoon. 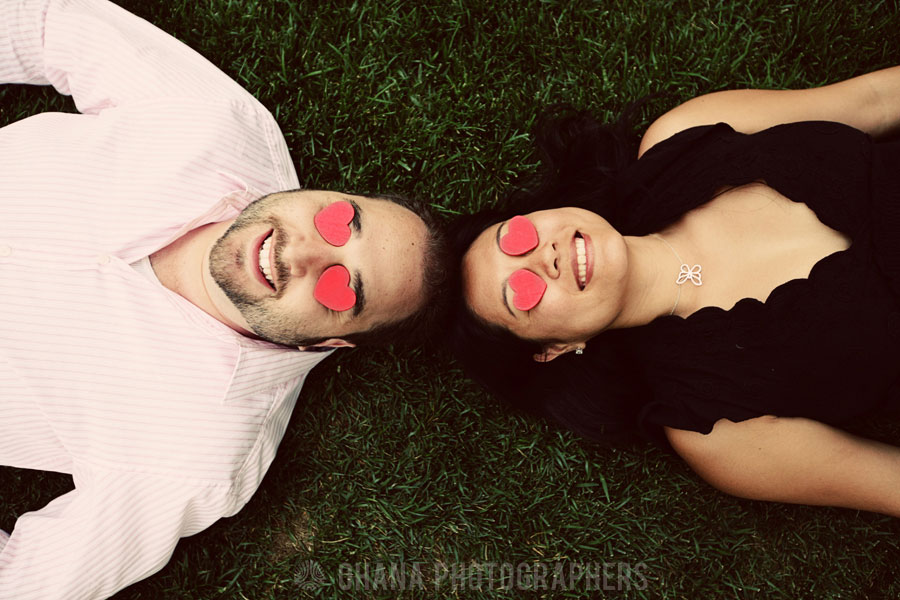 to the clubhouse we go… up up and away! 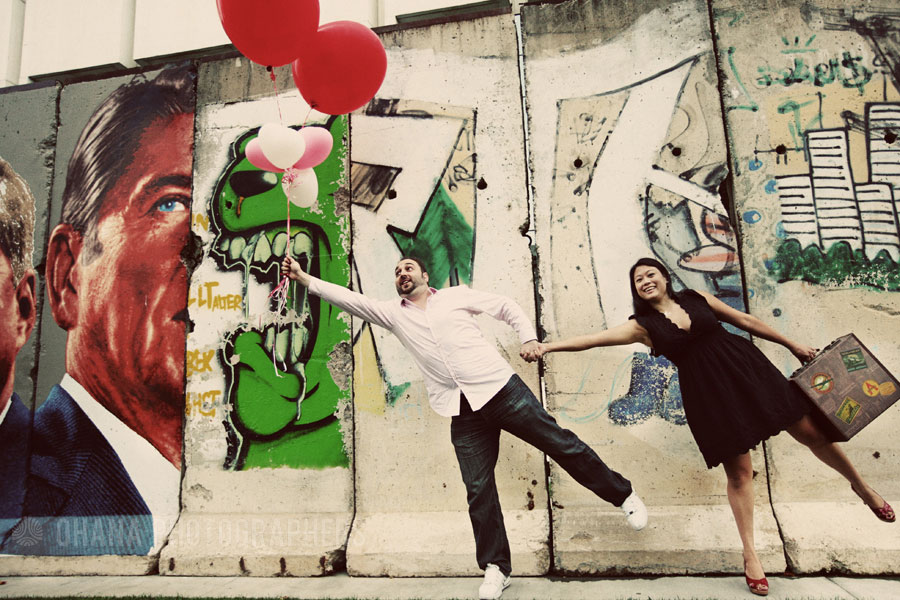 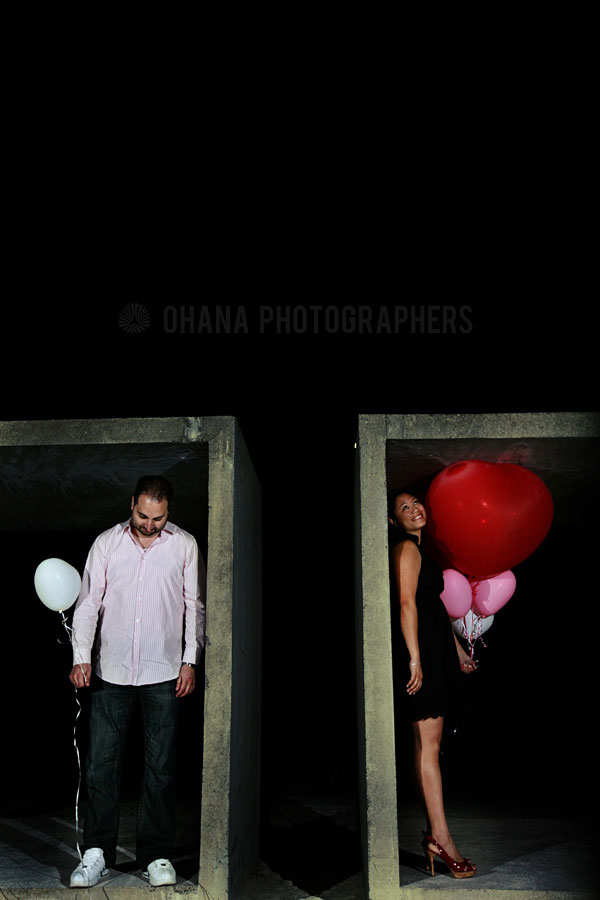 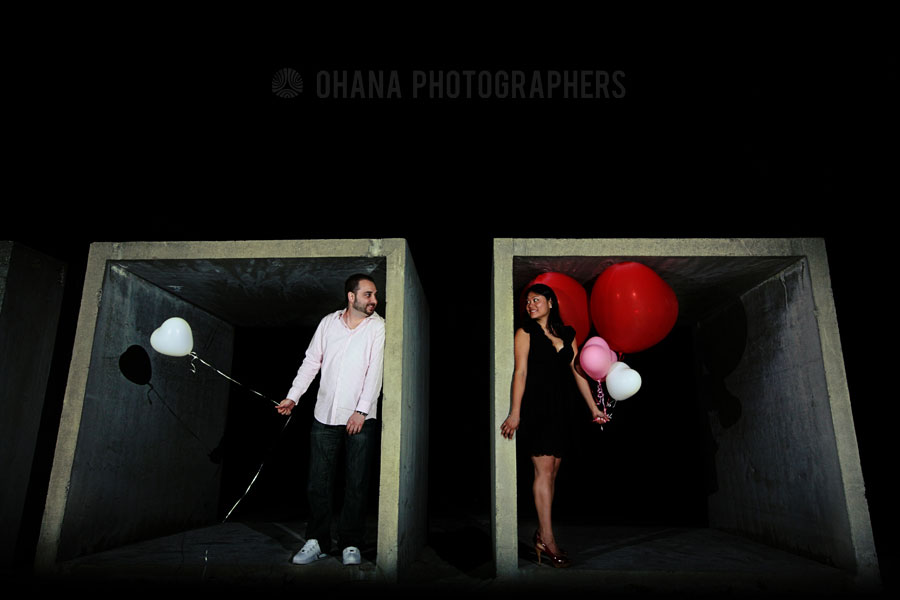 so at this point you’re probably asking “what’s with the balloons?”

they are more than just a fun spot of color in our photos. a balloon actually played a big role in jeff’s proposal to stacey. while they were on vacation in cappadocia turkey they went on a hot air balloon ride. jeff, being deathly afraid of heights, stayed as far away from the sides as he could while stacey tried to photograph as much of the ride as possible. during their flight, stacey felt a tap on her shoulder. she partially turned and saw jeff on one knee with a white ring box in his hand. in her excitement to turn all the way around to face jeff she knocked the ring box out of jeff’s hand and over the edge of the basket. as the box fell to the ground below stacey actually considered jumping out after it. she desperately searched the landscape for reference points but knew the ring would be impossible to find in this terrain. just as she was about to lose all hope she heard jeff call her name. she turned to see him on one knee again, this time with a black velvet ring box in his hand. as he began asking her to spend the rest of their lives together all she could do is say “yes!” she said it three times before he could finish his proposal.

just so everyone doesn’t grab the next flight to cappadocia and start combing the hillsides for that first ring box, it was empty. jeff is a well known practical joker, but stacey totally bought it.

when i say “i love lamp” i’m not just looking at things in the office and saying i love them. i love lamp. 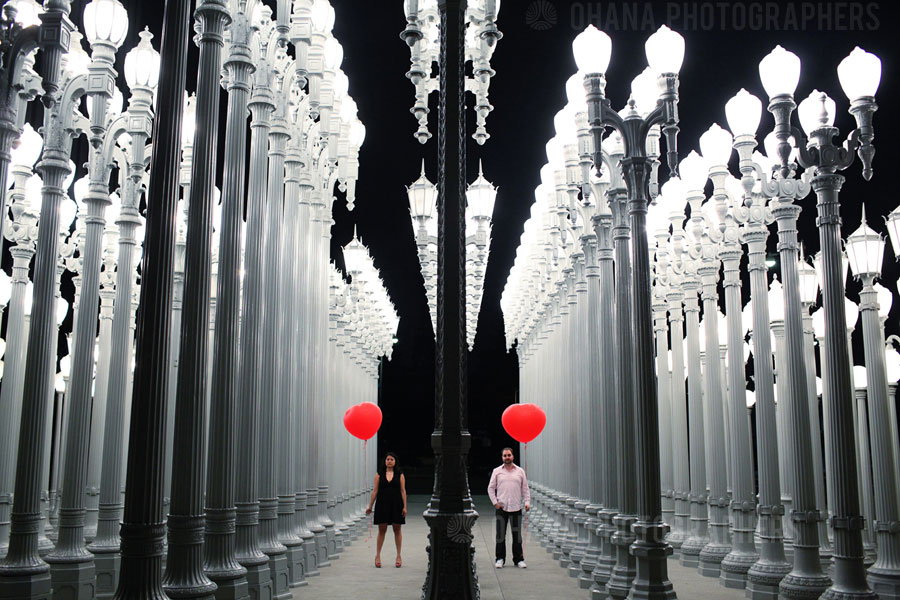 thanks for the adventure stacey and jeff! we can’t wait to continue it in august.

thank you so much for the delicious dinner, the man-catchin-beignets, and the awesome goodies too! it was incredibly sweet of you two to take kim, rain, and i out to dinner at the grand lux cafe after our shoot. it was so good! rain can’t stop talking about the beignets and she has been taking her goodies to school every day this week to show all her friends. sincerely, we can’t thank you enough. see you soon. 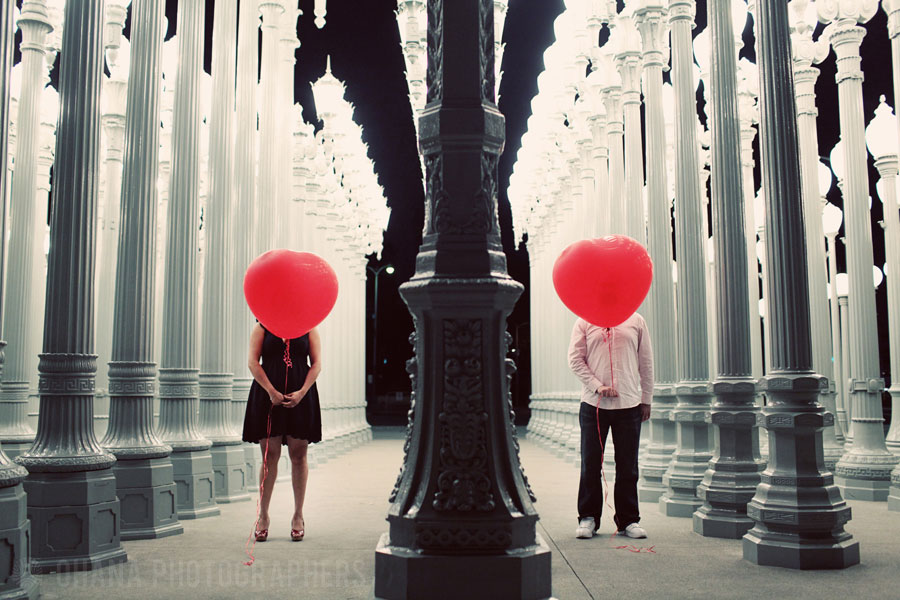 thank you for visiting our wedding photography blog
check out our portfolio.
contact us by phone at 858.663.3283 or email david@ohanaphotographers.com

Aww they are super fun. Love it, and all the props. Now I am off to the amusement park :).

seriously OBSESSING over the pictures under the lights….I could just die right now. Please tell them to order a HUGE metal print of this!!!!!!!!!!!!

This session is SO much fun!!! They look so in love and look like they have so much fun together. You captured that perfectly! I agree with Blair a HUGE print of any of the light pictures or the ones in the big cubes would be incredible! Job well done Baxter’s!

This is what’s so great about you guys… you all take the pictures that capture the emotion and love… amazingly talented!

Cool cool cool! Love the locations-especially of the last ones! (And the post title, of course!)

once again… such a cool couple and an awesome choice of locations! love these!!!

oh wow, love these!!! my faves got to be the wide shots with the lamps and macaroni??

O MUH GAH! I love this session!!! You mixed sexy and sweet once again OHana. My favorites are hearts for eyes and balloon wars. So fun! Congratulations to the lovely couple!

Last picture is so awesome! I can’t get over this session, I keep scrolling up and down. I love, love. I voted for a lot of them, but I’d have to say I love the up and away shot. So cute! UP is the best Disney movie!

I loved reading their story! I would have freaked out if my engagement ring fell out of a hot air balloon! They are just adorable, and they look like they’re having so much fun!

I’ve been reading your blog forever and had to comment on this one! I love the fair and all the colors. The snakes picture made me laugh! They are so cute! The pictures with the lamps are brilliant too!

So very cool…I LOVE the way you use your locations, the lines are always fabulous..And they are so cute, can’t wait to see the rest of your adventure with them!

Your work is inspiring, cool & original. Thanks for being such an inspiration!

LOVE it!!! So many fun ones!!! You did a great job capturing them!

am just soo amazed on how many awesome scene were used. Love the “&” and ballon props!

I suppose it doesn’t help if I mark most of them as my favorite, huh? What a cute, fun couple!

gosh these are good! I love the balloons and the & sigh – so cute

Your work is always so fun and vibrant. The balloon shots with the lamps are fantastic! Absolutely great work guys (as always!)! Hawaii soon, huh?! We’re jealous! Hope you have an awesome time. Look forward to seeing your photos – hope you get some surfing shots!! :) Kim, if you see Kelly Slater please give him a smooch from me!! ;)

I voted for the Berlin wall closeup shot. Love! A session with y’all looks like a total blast. These are awesome!

What amazing locations you have here. Great session and totally love the lights!

The last image is obviously stunning, but my fave is the one of them against the modern “you . . . love it” wall

Ohh My gosh.. these are totally awesome. and those lamp things? what can I say what a great location for a shoot.. my gosh.. so jealous.. I think I need to move to California..

wow I love the lamp photos and the colorful “and” sign. this session is awesome!

Love much to you, my friend.

Ok, (A) could your blog be any cooler? And (B) could the balloon shot among the lamps be any cooler? I mean, you must have been smiling like the Joker when you opened that in Photoshop. ROCK-‘N!

Holy crap I want to go to that lamp land!!!! You guys always have such unique ideas and concepts. I love that shot in the lamps as well as that WIDE shot. SO damn cool.

For REALZ!?!? I’m so happy I found your site, you guys are so inspirational and your pictures are just so fun! It looks like a blast to take pictures with you guys! I will look and see if my man would be down for it. Keep rockin’, I’ll be back for more! (=

aaahh these are amazing!! seriously SO COOL!!!

These are way cool, you guys…I get sucked into your site every once in a while, and an hour flies by without me even realizing it! You do amazing work! :)

I love the photos with the lamps so fabulous!!! And I love the “&” sign and the little hearts!! I love it all!

they are so damn cute! i adore these!

TO.DIE.FOR!!!!!!! Oh my gosh becky look at these photos ;) I’m in love and I didn’t think I could love you guys more! What an incredibly fun and beautiful couple! You captured their fun and love perfectly. I can’t begin to start naming my favs but I love the drive-in movies one, the cubes and the last is shot is epic!

[…] jeff pulled off a major proposal prank on stacey as the floated in the sky over turkey.  that story, the theme behind this awesome canvas and wedding comic strip jeff and stacey had made, can be found in our post from their engagement session at the lacma. […]

These are darling! Very creative and fun!