how did you get to be so swell?

it all started about 2 years ago. a story about a couple whose “serendipitous link” on a website brought them to us. i’m not a sappy writer ( a horrible writer actually )  or even a sappy person, that’s david’s department, but i would be lying if i said i didn’t have a big sappy place in my robot heart for whitney + man. what i just wrote is getting me teary just thinking about them. i don’t even know what to say. i’ve had a pretty crappy year, with my daddy passing away, but seeing whitney + man again at thu + jason‘s wedding in august was a bright happy spot in my year.

since we knew we’d be seeing them at thu and jason’s wedding we had a little surprise for whitney and man sent to our awesome groom’s house which jason kept stashed for us until we got to his rehearsal dinner. ( thanks jason!)

as it turned out, whitney + man invited us for dessert at phillips european after thu + jason’s rehearsal dinner. there’s that serendipity thing again. on a side note, do yourself a favor if you’re ever in rochester new york… go to phillips european! anywho, we were all diggin in to our awesome desserts when all of a sudden whitney hands us a card.

“what’s this?” i thought. “oh no! a card from whitney + man means sappy writing full of good and niceness!” after my dad passing, i’ve become a bit more sappy, but not that much. i tried to avoid reading it at the table for fear of bawling all over it, so i quickly handed it off to david, april, and rain.

“there! i did it. phew!” dodged that bullet, matrix style. or so i thought.

after david read it, he looks at me and says, “you have to read this.”

so i open it and start reading. BOOM goes the dynamite! and by dynamite, i mean waterworks. you think they could have written like i do. something like… “you awesome. us.” but no, it was all full of niceness & love. just as i thought.

just when i thought i had weathered the hurricane of emotions david turns to me and says open this little green envelope. “good grief! more?!” as i opened the flap these 4 little laminated drawings of awesomeness fell onto the table. man had drawn disney characters with our names on them, i thought oh my gosh what an awesome surprise! homemade prizes are the best! so much thought and love was put into those. i was floored, and promptly teared up again. then david, knowing that i never read anything when i first see it, said “you know what those are don’t you?” i thought, “uh yah. they’re awesome drawings by man. duh.” to which he said, “yes that and they’re passes to disneyland!” then my brain went something like this “#$@wtf*Q#oemgee_!@#*$()%*!areyoukiddingme#coruscantdoesnotcompute#@i#fr3a#iNloveDISNEYLAND!\!*?””:O>”<[:’0) it was like the ending to an m night shyamalan movie, except it was awesome! ok, it was like sixth sense good. i’ll give him that one. needless to say, i was in disbelief and until we received them in the mail this week i didn’t believe it was true. we’ve been dying to go ever since our old passes expired. as soon as we got them we headed out and enjoyed our family day at disneyland. first stop, the new and improved STAR TOURS! i know space is disease and danger, darkness and silence. but it was so awesome! i actually felt like i was on a ship to dagobah.

getting back to the desserts.

after all that had just transpired, david and i looked at each other and telepathically thought “how can our surprise top that? how?” just 10 minutes before we both thought we were gonna be slick, busting out this awesome surprise canvas.  yep, we were pretty proud of ourselves. then came the boom. whitney and man 1, us zero.

after whitney and man got married last year they ordered a bunch of big prints, but with their insane busy schedules like us, we knew they probably hadn’t gotten them up on their walls yet. so we figured we’d have a canvas made for them. easy, squeezy. 1 hammer, 2 nails, it’s up.

knowing that we had lost the tournament of surprise champions, david walked out to the car to get it for them. when whitney realized he had disappeared she went into flip mode. she was getting pretty upset, thinking that he had snuck away to pay for everyone’s dessert. when david returned with the large boxed object she looked relieved and confused all at once. advantage varnson! we handed it to them and watched as they pried the box open like kids on christmas. they loved it! they just sent photographic proof via facebook that it is already up on their wall :)

whitney + man, we are so so blessed that you found us and that things didn’t work out for the couple we originally met for your wedding date and that you lost your first photographer. it was meant to be. we couldn’t be happier. you two, your family, and all your friends are such genuine and fun people that have made us feel like we’re a part of your big family. we were so glad that thu + jason had us for their wedding. meeting them and spending time with you all was so awesome. i can’t begin to put it into words. as if disneyland passes weren’t enough, you guys went above and beyond making us feel loved by treating us to all your fav places to eat. we thoroughly enjoyed the rehearsal dinner with king crab legs at the home  of your awesome family, even with those insane mutant mosquitoes, desserts at phillips, breakfast at james brown’s place (say hi to james for us), ice cream at lugia’s, and dinner at wegmans. (having daily wegmans fits. need one in san diego!) we loved every muggy, rainy minute with you guys. no matter how david tried to sneak around you and pay, you weren’t having it. man told us we don’t want to mess with whitney and if we did we better watch for flying pots and pans. we didn’t press our luck. *smile*

thank you, thank you, thank you whitney and man. we appreciate you more than we can ever say. we hope that we will have another wedding in rochester, or hopefully you will decide that you need to visit san diego someday. i’d hate to think that was the last time we see you guys. facebook is good, but it’s not the same. i guess we will take it though. love you!

btw, rain wanted to say thank you again for taking her to the museum of play. she had a lot of fun playing with you guys! 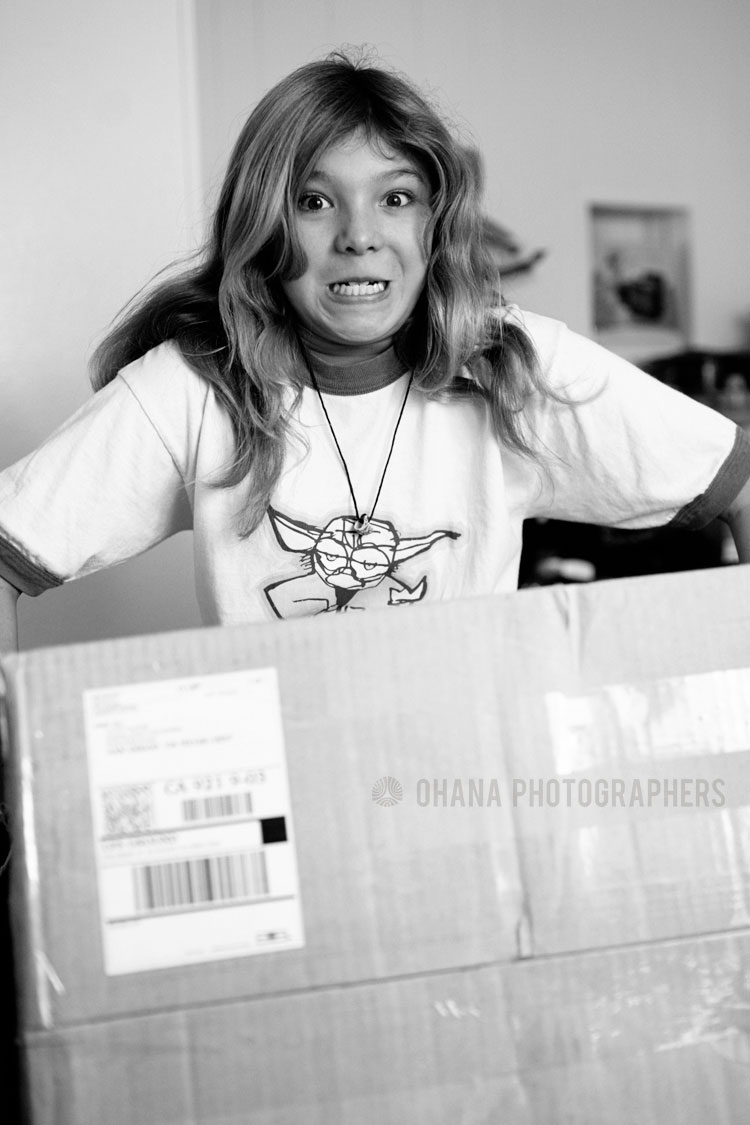 after introducing us to the awesome grub at dinosaur bbq in rochester new york whitney and man sent us this big ol box of goodies. if you are a carnivore and you’re ever in rochester, you have to go there! 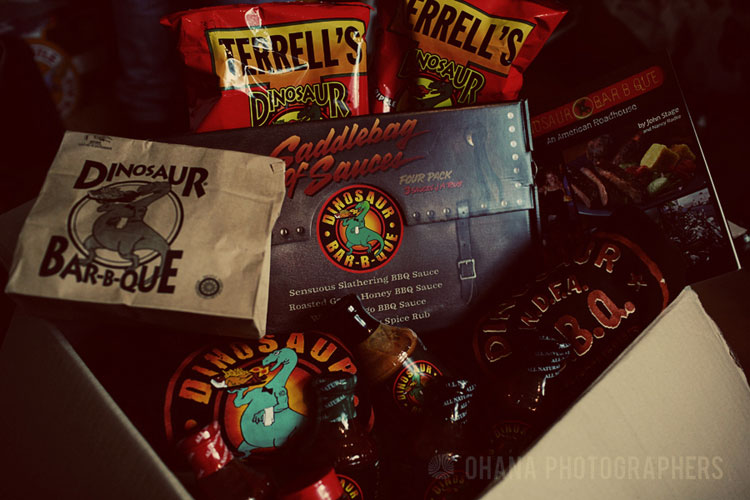 here’s the canvas. this is one of our favorite shots from whitney and man’s day after session. 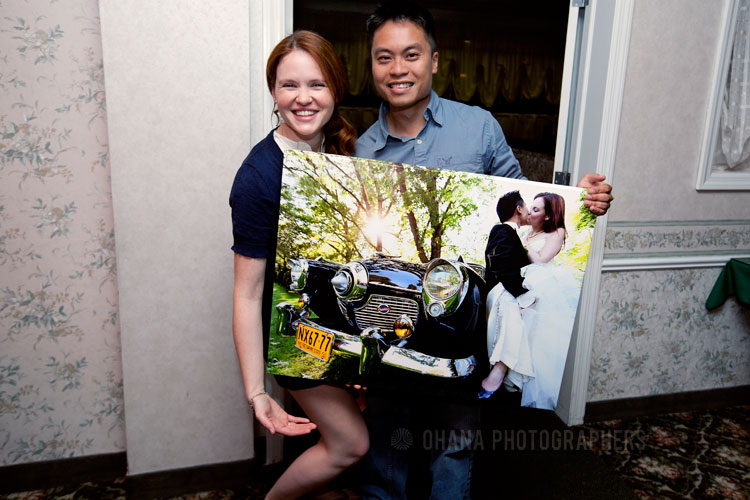 last year in hawaii we found this gecko with a hidden mickey on it. 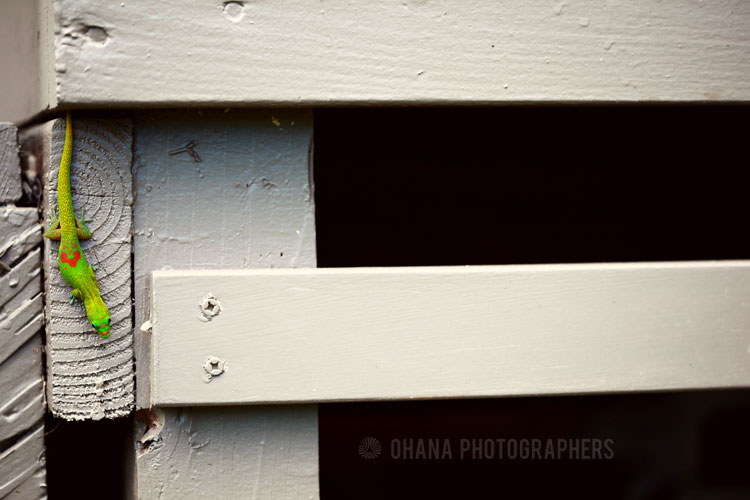 then when we got home and cut this lemon open from my dad’s tree we found this hidden mickey. 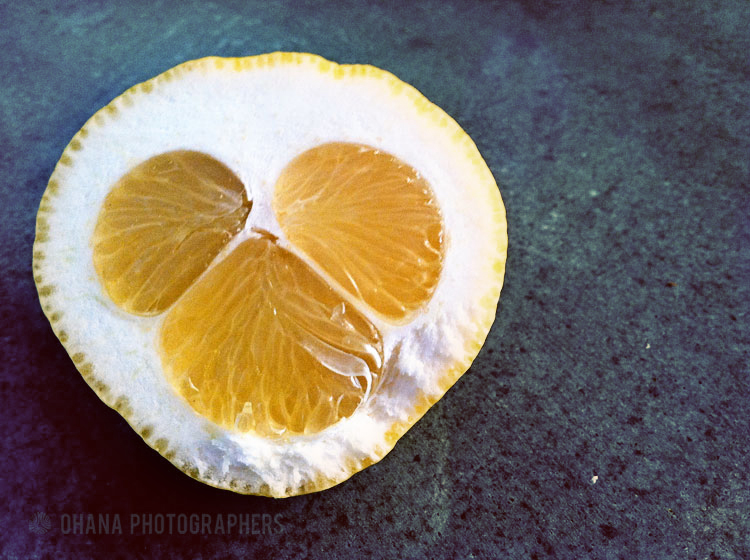 then we get this green envelope with hidden mickeys in it. coincidence? perhaps. 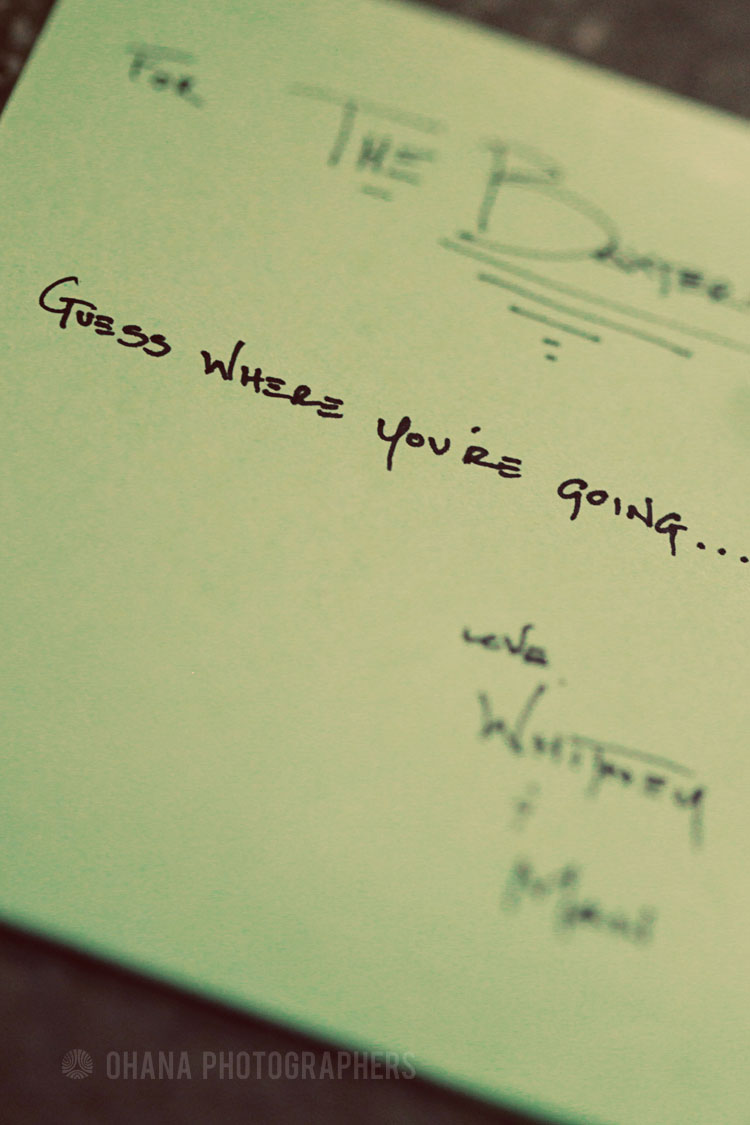 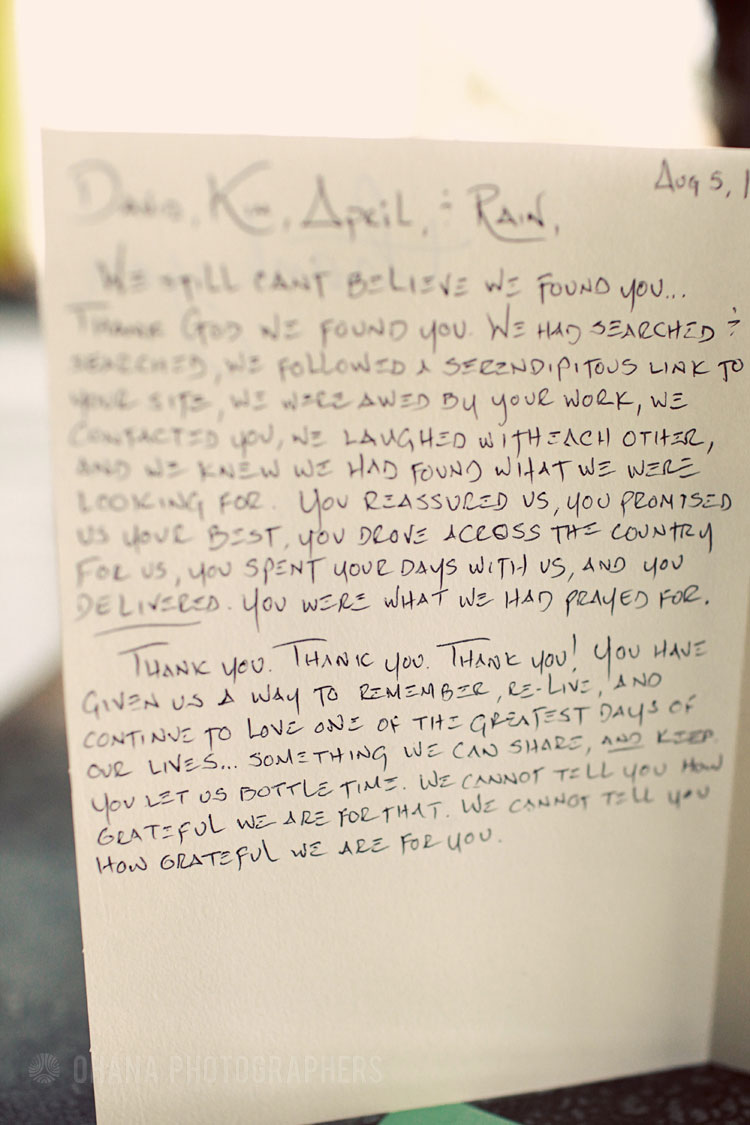 we absolutely loved the artwork man did on these cards. he is so freaking talented! 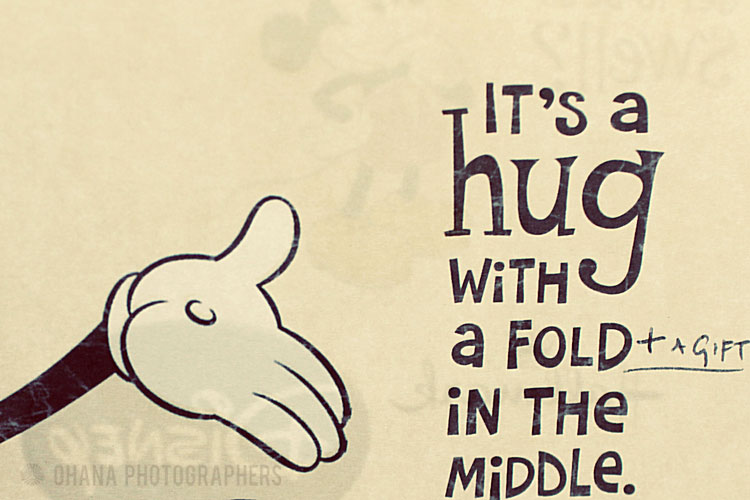 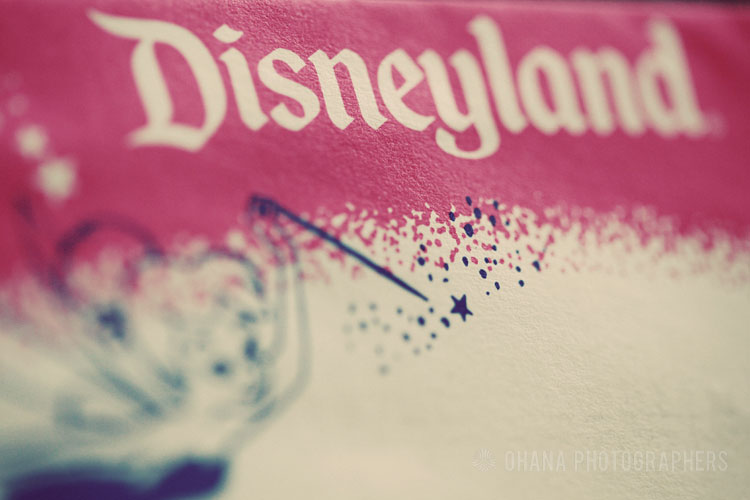 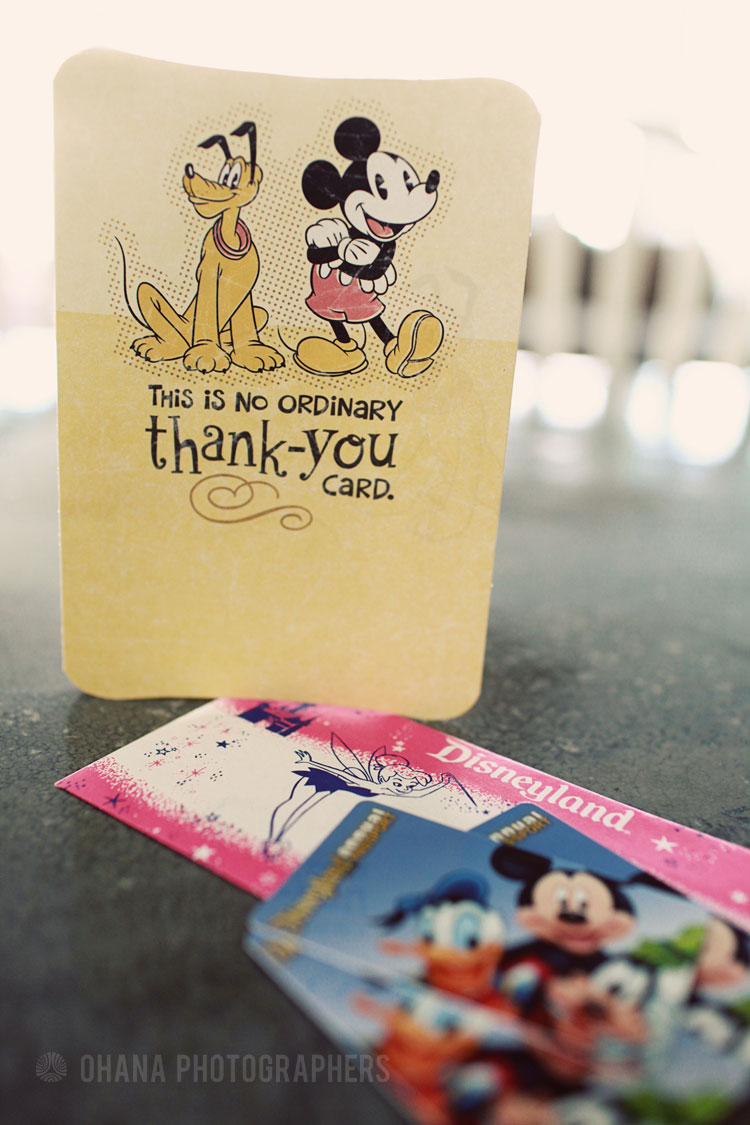 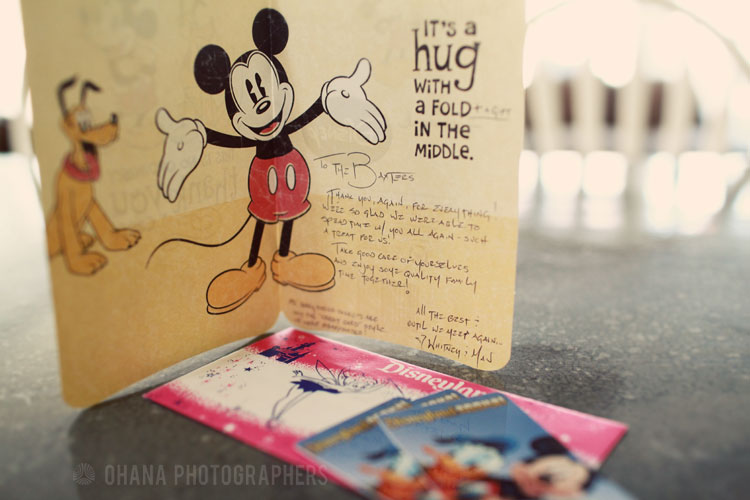 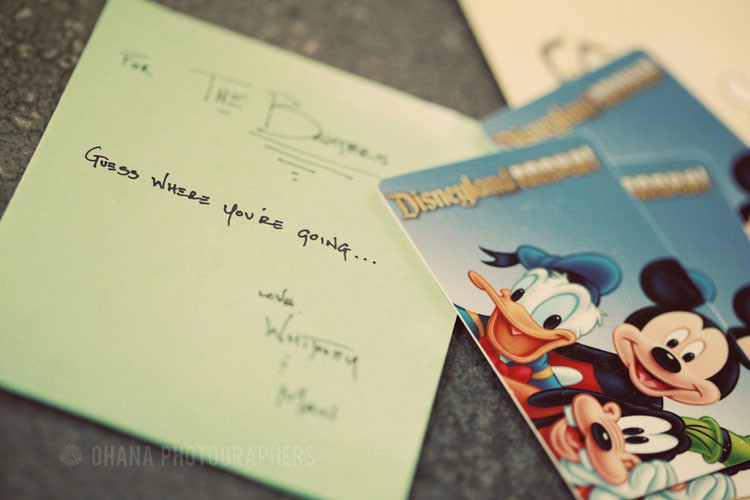 we are laughing and we are very good friends. 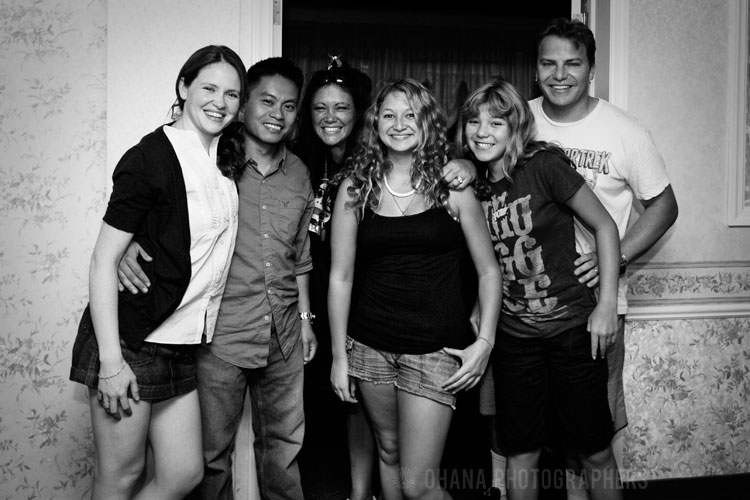 whitney and man, how did you get to be so swell? we love you guys more than we can ever show or say! 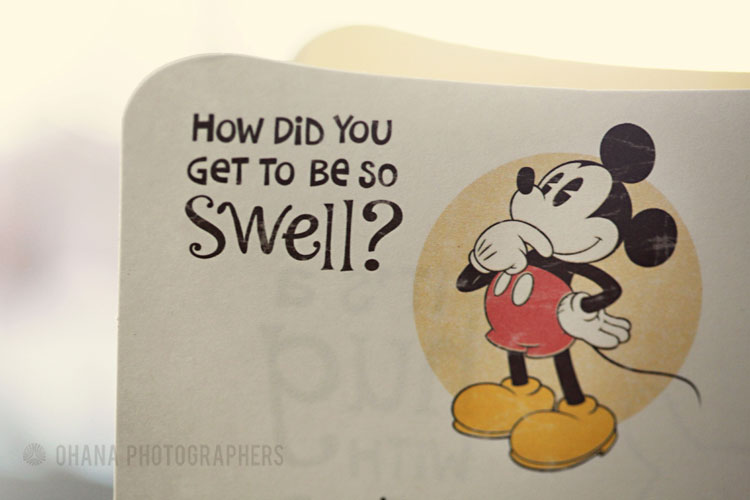 WOW! What a blessing to have met such an amazing couple. I adored all their photos! They clearly as beautiful inside as they are on the outside. The writing in the card was so heartfelt and touching. Such a treat when our clients appreciate the work we do and the memories we capture for them and their children. Yay for awesome clients! You guys deserve it!

What an incredible gift! Super rad reading material from you guys today. Love it! Oh, and the Dinosaur BBQ photo – making my mouth water. Love that place! Great to see you guys doing so well. God bless!

Such an incredible surprise and that canvas is gorgeous! I must say I teared up reading that sweet card. Couldn’t be more true. We still look at our wedding album with our hearts full of love and memories of that day. Thank you Ohana! Your clients are the blessed ones =)

▼ What Colleen said! ▼ As your clients, WE’RE the lucky ones. We can’t see photos from our wedding (be it hung on our walls, digital frames, or sometimes on the header of your blog) without just smiling. I saw this the other day: http://goo.gl/RLjSC and was just… happy! You let us re-live those awesome moments!

I hope the comments for this post will be less about what one couple did for you guys and more from all the couples & people who got to work with you and just can’t thank you enough. I know we’ve all said ‘thank you’ to you & have sent you things to show our appreciation but I’m not sure you guys really know how awesome you made our days and memories. If you love & appreciate your Baxter Ohana, let’m know!

Thank you, again, from the bottom of our hearts. Don’t worry, we will meet again. :)

Such kind and beautiful couples you have. It’s so refreshing to see couples really appreciate what we do and that we truly want them to have beautiful photographs for generations to enjoy. It’s also so important that couples allow time for their photographs. Clearly they did and their photographs are phenomenal!

I’m glad something awesome like this happened for you guys. it’s always nice to see great things happen to deserving people!

You guys were so awesome to work with! It was so much fun!
Having you guys as our photographers was the BEST decision we could have made for our wedding (: It makes us so happy! Our wedding was truly a dream come true, and you both totally made it possible! We can’t wait to see all the pics you got!
We love you guys!
Thank you!!!
-Amy & Ruben

WOW..I am not surprised by one bit. You guys are simply amazing and i am not even a client. Continue your awesome work. All your clients will forever cherish you!

This is possibly the coolest thing I’ve ever seen! You must really touch your clients in an amazing way, I mean it totally shows in the photos, but on a personal level. Good job!